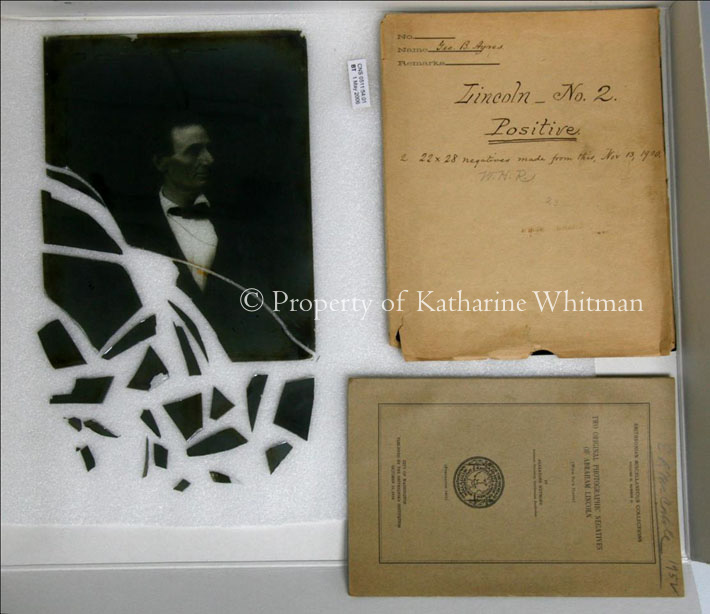 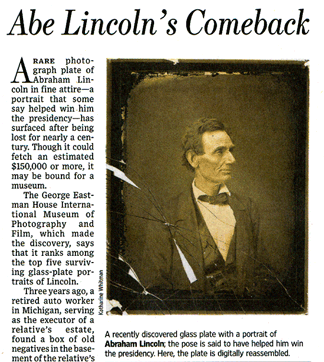 This Abraham Lincoln interpositive came into the conservation lab at the George Eastman Museum in Rochester, New York, in 26 pieces with multiple areas of complete loss.

It had been found in a hidden compartment with some other artifacts, after the death of the owner, and was brought in by a representative of the Estate.  The portrait of Abraham Lincoln was one of three photographs taken by Alexander Hesler during a sitting in the summer of 1860, while Lincoln was campaigning for the presidency. Of this portrait Lincoln said, “That looks better and expresses me better than any I have ever seen; if it pleases the people I am satisfied.”

This object dates from 1901, and was made by Hesler’s assistant, George Ayres.  This interpositive is a positive image on glass and was made to make copies of the original negative.  As described by Grant Romer, formerly of the Eastman Museum, “it is one step away from having been in the same room as Abraham Lincoln”.

For this object to be put back together and preserved, a new method of assembly had to be undertaken.  Typically, broken photographs on glass are pieced together on a flat surface, like a jigsaw puzzle.  The internegative was made in 1900, long before the introduction of flat glass (around 1960). 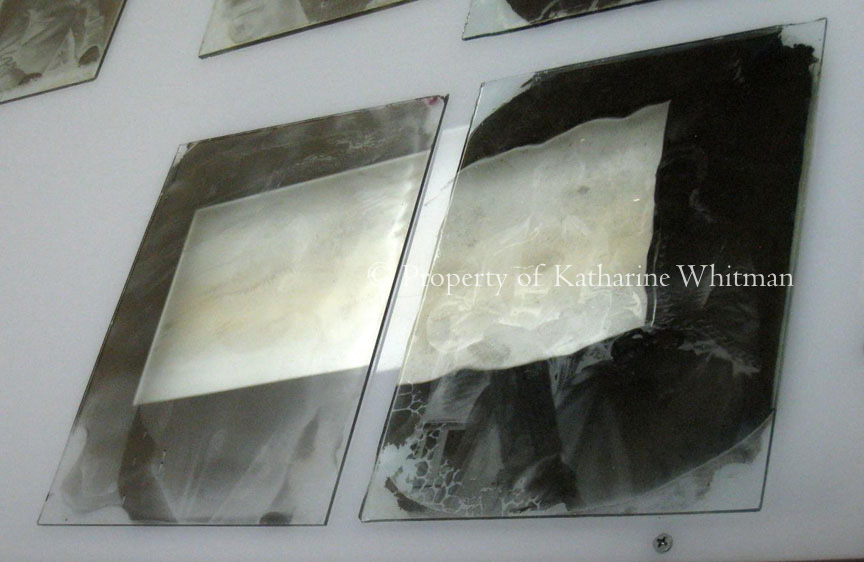 This image is of a straight-edged bank of flourescent light reflected in a piece of modern flat glass ca.2010s, on the left, and a piece of non-flat historic glass ca.1870s, on the right. 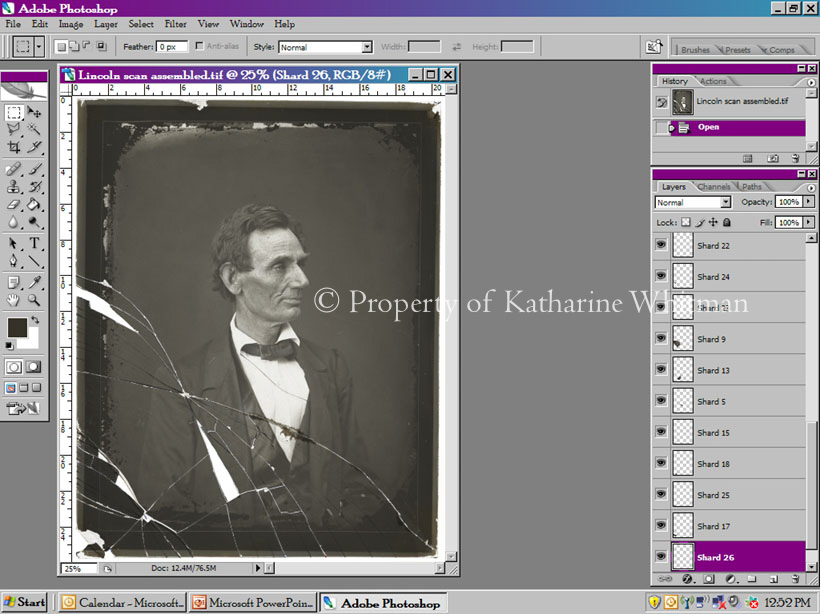 After a visit to Stephen Koob, the head of glass conservation at the Corning Museum of Glass, it was determined, with Ralph Wiegandt, formerly of the Eastman Museum conservation department, and I that vertical assembly would be the only method of assembly that would properly align the shards.

This method took a lot of time and practice, but after practicing on many pieces of modern window glass over about a year it was determined that the method was sound.  On a Saturday, when the lab was quiet, the Ayres interpositive of Abraham Lincoln was reassembled. 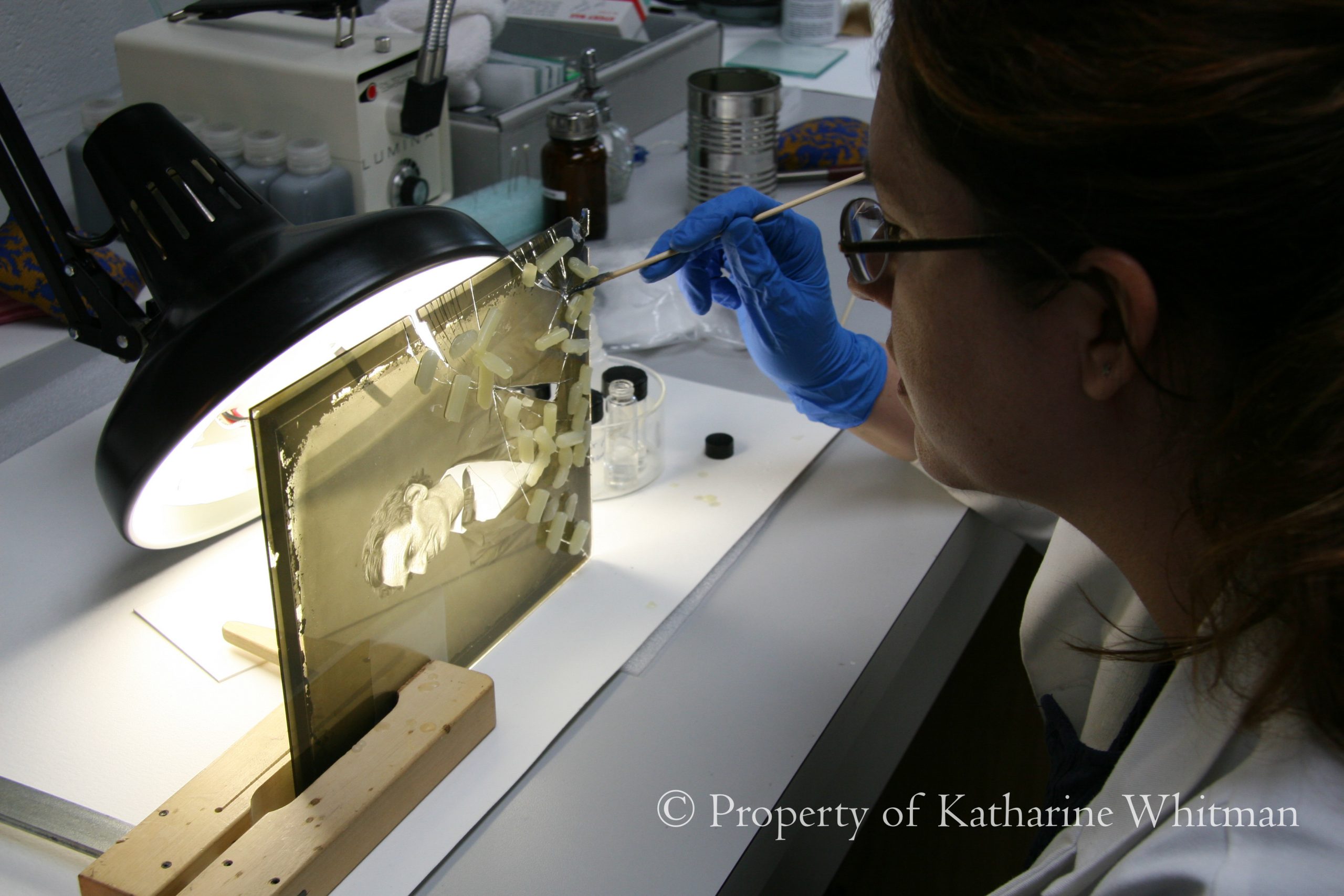 Once the reassembly was completed, a mahogany case was constructed by Arnold Vandenberg of Rochester, New York. There is a toggle built into the case that when opened activates an array of LED lights below the plate, allowing the viewer to properly view the interpositive. The Lincoln interpositive is now a part of the Eastman Museum collection. 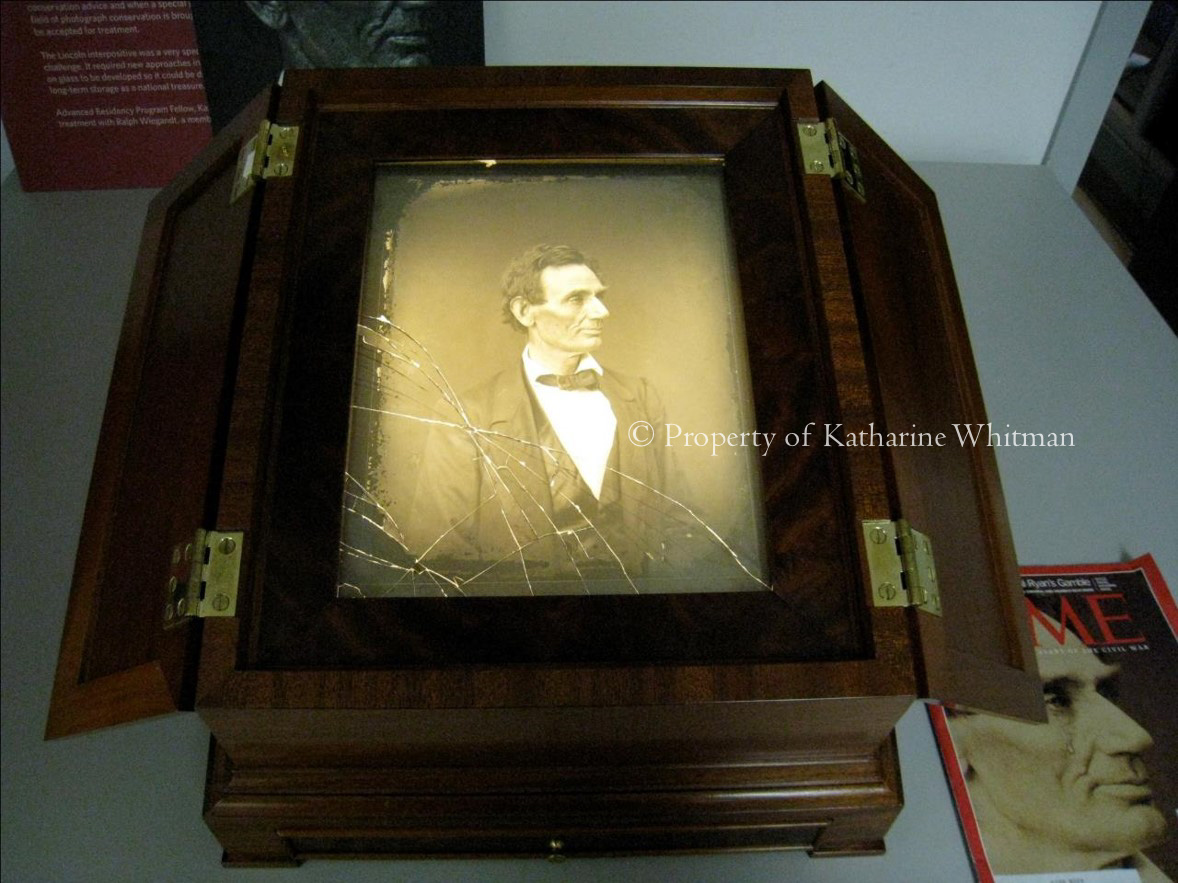